On 24th of February Russia launched an illegal, full-scale war against Ukraine. Since then, the Russian army has bombed Ukrainian cities and villages daily, destroying both civilian and military infrastructure and killing thousands of people. Today, around 10mln Ukrainians have been displaced. Of those, 6.5mln of Ukrainians are currently in the Western part of the country. Housing supply has already run out, and there is none left for those who need it. Families, the elderly, and children are forced to remain in transit zones for weeks, without the ability to find suitable shelter and return to a semblance of normal life.

Our first pilot project is the restoration of an old university dormitory with 80 rooms, which can host around 150 people. A transformation of the abandoned dormitory was initiated by an active group of professors from Ivano-Frankivsk National Technical University of Oil and Gas. Metalab joined the project to support the team with architectural and urban expertise and also to raise a budget for the repairing and furnishing. In addition to private spaces the refurbished dormitory will also feature cоmmon spaces - such as a canteen, kids room, work space, corridors, hall, washing room, storage spaces.

Our team has already involved some of the future residents in the repair work, thereby empowering them to meaningfully participate in the shelter’s creation. Moreover, we are also working on ways to include IDPs into the university’s social and working life. Together with our partners, university professors, students and Ivano Frankivsk’s residents, we work every day to create a new space for people's lives as soon as possible. 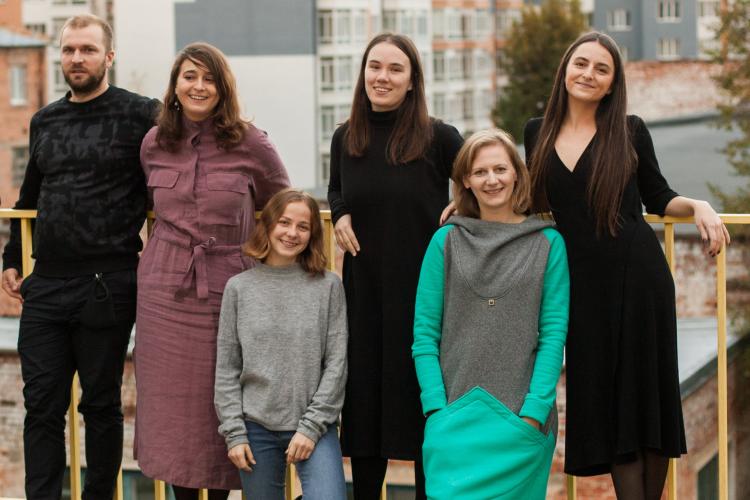 Metalab is an urban laboratory in Ivano-Frankivsk. Since 2017 we have been doing research and architecture projects in our region to build a socially equal, spatially comfortable, culturally rich, environmentally responsible and economically balanced city (environment). Together with local initiatives, city administration, NGOs and volunteers  we are responding to the current crisis by creating housing for internally displaced people.

“Another House IF Project”  a social housing in Ivano-Frankivsk for people who were forced to leave their own homes during the war.

Urban curators is an independent agency and an interdisciplinary team from Kyiv that works in the field of urbanism, architecture and urban management. Particularly Anatsiya Ponomaryova was displaced to Ivano-Frankivsk from Kyiv and joined the project.